The largest set of barristers in Northampton, providing specialist representation and advice in family, crime, immigration and civil law across the Midlands and South of England. 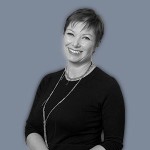 Recommendations
‘the decision of the children’s solicitor and junior counsel to instruct Miss Delahunty QC was, in my view, both wise and responsible ‘ per Lord Justice McFarlane Re A (2012) EWCA Civ 1477

Directories
Highly sought-after specialist children silk entrusted with the most significant and demanding national cases. She regularly handles matters concerning the most serious injuries and fatalities resulting from sexual assault, radicalism and abuse. She has particular expertise in matters concerning a large amount of complex expert evidence following investigation.

Strengths: “Expert in children work, she is brilliant at distilling a case down to its key issues and is great at strategic planning. Very supportive to instructing solicitors, she’s easy to talk to.”
Chamber & Partners 2018
Band 1

Jo Delhunty QC, has been selected for inclusion in the Seventh Edition of The Best Lawyers in the United Kingdom for her renowned expertise in Family Law. 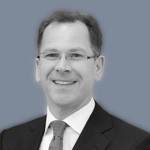 John is a leading barrister in the field of children’s law. Having graduated from Oxford University (where he was a Scholar), John was called to the Bar in 1995 by Gray’s Inn (where he was Lord Justice Holker Scholar). John took Silk in 2012 and has continued to appear nationally in the most complex and sensitive children’s cases.

John’s expertise in the most complex and serious public law cases is well recognised. He is particularly well known for his skill in cross-examining and deploying highly technical expert evidence. In the past year he has appeared across the country in cases involving allegations of organized multi-generational sexual abuse, enclosed head injuries (so called ‘shaken baby’ cases), so-called factitous or induced illness, multiple fractures and the whole range of cases involving the alleged serious abuse of children. In those cases he has succeeded in arguing for the dismissal of care proceedings in several cases contrary to the weight of the written expert opinion (see for example Re E [2015] EWFC B119). In the past year John has appeared in these cases for Local Authorities, parents and Guardians. The profession recognised John’s continuing contribution to the field of public law children’s law when he was shortlisted as the Jordan’s Family Law QC of the Year.

John has given papers in the law relating to artificial reproduction and surrogacy, and has experience of cases involving so-called ‘non-traditional’ families and relationships. For example, he appeared for the father (donor) in the case of JB v KS [2015] EWHC 180, a leading case relating to the status of pre-birth agreements where sperm is donated.

International Cases:
John appeared in the leading case of Malik (Re M [2015] EWHC 1433) in which the President defined the proper procedure to be followed where Orders in Wardship are sought to prevent children from travelling to warzones. The case highlights the proper scope of wardship in such cases, as well as the use of Anti-Tipping Off and Reporting Restriction Orders in the family jurisdiction. Also before the President, John appeared in the leading case of Re S and T [2015] EWHC 1753, in the field of international adoption.

Media Law:
Many of John’s cases attract media interest and in the last year he has worked closely with the media in a number of cases. He has applied for both Reporting Restriction Orders and Anti-Tipping Off Orders ( e.g.., Re M [2015] EWHC 1433) He is familiar with the need to protect not only children at the centre of high profile litigation, but also the reputations of adults involved. He is comfortable advising in relation to reputation management and the tort of ‘misuse of private information’.

John has been recognised as a leader at the Bar by Chambers and Partners and the Legal 500 for over a decade. In 2015 he was shortlisted as Family Law QC of the Year by Jordan’s Family Law.

‘A public law specialist known for his expertise in medical cases containing extensive expert evidence. He is commended for his technical knowledge and skill at cross-examination.’
Chambers UK Bar 2018 London

‘An impressive advocate who specialises in the field of children law. He undertakes the most serious care cases such as those involving allegations of serious injury and murder. He also handles sensitive and complex private children law matters.’
Chambers UK Bar 2018 Midlands

John is co-author of 2 practitioner text-books; ‘Contact: The New Deal’ (Jordan’s) and ‘The Public Law Outline: a Case Management Compendium’ (Jordan’s). He has written and given numerous papers over the years, spanning surrogacy and artificial reproduction, media law, inflicted head injuries and the role of experts, high conflict private law cases and ‘alienation’. He has been an invited speaker for the Jersey Law Society, the Association of Lawyers for Children, and numerous regional organisations.

In the last year John has appeared in numerous cases in the High Court, the Court of Appeal and the Supreme Court. A complete list of John’s reported cases is available upon request. 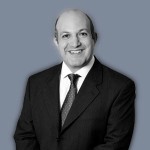 Cyrus Larizadeh is commonly called upon to handle very complex and high profile private and public law children cases.
He is a “terrific lawyer who is enthusiastic and knowledgeable”. He is “very good, a calm and competent advocate” who is “well respected by judges”.

He has also been listed as a leading family barrister in Legal 500 since 2010.

Profile
Cyrus Larizadeh QC specialises in complex private law cases. He is also excellent in relocation cases. He has a great approach with Direct Access clients. He also has a well known expertise in both private and public law family cases where there are allegations of sexual and emotional abuse and non accidental injury. He represents parents, local authorities and children in the most serious and intractable of proceedings. He has appeared in the Supreme Court and in a number of very high profile cases including Baby P. His training on the law and evidence in sexual abuse cases is in demand across the country. His seminars on the law relating to assessments under s.38(6) Children Act 1989 are recognised nationally and have been used by the Judicial Studies Board.

He is a Member of the Magic Circle.

Directories
‘Thoroughly charming and a delight to work with.’
The Legal 500 2015 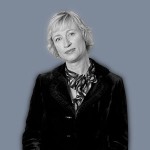 Alison has specialised in the law relating to children, Private and Public law for 20 years after a Common Law practice in Crime and housing; the former giving plenty of forensic and cross examination experience and the latter giving her considerable experience in Judicial Review practice and procedure.

Alison is regularly instructed in all aspects of Private Law children work in which she is frequently instructed in cases involving complex factual backgrounds such as: allegations of physical or sexual abuse of children, particularly where the court is considering the veracity of the child’s account, parental influence/fabrication, ABE interviews and contamination etc; mental health issues; substance misuse, allegations of domestic violence and/or coercion and control and where experts have to be cross examined or where the case has significant forensic detail. Her Public Law experience in this respect gives her a real advantage as does dealing with cases in which children are separately represented and her experience of dealing with child witnesses. She has particular expertise in allegations of parental alienation, and is regularly instructed in international relocation cases.

In Public law, Alison is renowned for her expertise in medical cases particularly deaths involving allegations of inflicted head injury, surviving catastrophic head injuries and fractures especially with issues of Vitamin D deficiency. She regularly cross examines medical experts on their hypotheses undertaking medical research at the Institute of Child Health and challenging experts on their research base. She has undertaken joint seminars with the leading experts in the field. This expertise has also been used to great advantage in cases involving allegations of Fabricated or Induced Illness and she has undertaken a number of such cases for all parties. Alison sits as an Assistant Coroner which also gives her additional insight and knowledge. Her cases often involve concurrent criminal proceedings and she is therefore highly experienced in issues of disclosure and PII. Press injunctions are often required given the nature of the cases and she is therefore well versed in the law and procedure relating to them and media management generally. The remainder of Alison’s Public law practice is serious sexual abuse including inter-generational and inter-sibling abuse in which she has good experience of dealing with child and other vulnerable witnesses; radicalisation cases; adoptions; Special Guardianship Orders and local authority duties towards children including Judicial Review and HRA claims for damages on behalf of children and parents.

Alison regularly provides seminars on both Private law and Public law issues and the Voice of the Child including for Resolution.

founded on the four pillars of…